This month at TTP – Lubbock County we have an awesome double-header! These two topics, ranching and immigration, may not seem all too intertwined at first glance, but you will soon learn how much one can affect the other in our current political climate. Please don’t miss this opportunity to hear from Shad Sullivan, of R-Calf USA, as well as Todd Bensman, a border security and immigration expert. You will be blown away by what you hear! 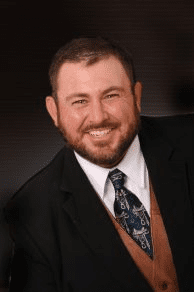 had Sullivan is the R-CALF USA Private Property Rights Committee Chair. Sullivan is a fifth generation native to southeast, Colorado. Raised in the family stocker operation on Antelope Mesa in northwestern Crowley County, Shad learned early on the importance of hard work, dedication, loyalty and integrity. He is a graduate of Crowley County High school and earned his Bachelor of Science Degree in Agriculture/Animal Science from West Texas A&M University in 1996. After a short stint instructing and coaching equine evaluation at Clarendon College, Shad returned to the family ranching operation to help perpetuate family tradition of land stewardship and beef production. His greatest love is watching the cattle grow.

In 2002, Shad built a small preconditioning yard at the headwaters of Bitter Creek, in Archer County, Texas. Procurement of fly-weight stocker cattle takes place in the Mississippi/Alabama region. These calves are then sent to the family grow yard where they take part in a short weaning period and then turned out to graze wheat through the winter. They are then sent north in the spring and summer to utilize the short-grass prairies of southeast, Colorado on owned and leased ranches. The cattle are sold in the fall. Wherever the cattle are, is where you will find Shad.

After falling victim to and witnessing the tragic loss of family farms and ranches through bureaucratic, market and industry corruption he came to realize that liberty in production is at “steak” and it all starts with private property rights. Shad and his wife Thea have one daughter named Lynsey, a Jr. High Mathematics teacher and one son, Beatty Lane, a flash of lightning and a big surprise!

Todd Bensman is the author of America’s Covert Border War: The Untold Story of the Nation’s Battle to Prevent Jihadist Infiltration (Posthill Press/Bombardier Books, February 23, 2021). He currently serves as the Texas-based Senior National Security Fellow for the Center for Immigration Studies (CIS), a Washington, D.C. policy institute for which he writes, speaks, and grants media interviews about the nexus between immigration and national security. He frequently reports from the southern border, in Mexico and in Latin America. He has testified before Congress as an expert witness and regularly appears on radio and television outlets to discuss illegal immigration and border security matters. Separately, he has written about homeland security and terrorism subjects for Homeland Security Today, Townhall, The Federalist, the Investigative Project on Terrorism, SpyTalk, The Daily Wire, The National Pulse, The National Interest, and other publications. He serves as a Writing Fellow for the Middle East Forum and also teaches terrorism, intelligence analysis, and journalism as a university adjunct lecturer. (Sign up for his newsletter to receive alerts when new columns and reports publish.)

For nearly a decade prior to joining CIS in August 2018, Bensman led counterterrorism intelligence for the Texas Department of Public Safety’s Intelligence and Counterterrorism Division and its multi-agency fusion center. Before his homeland security service, Bensman was a journalist for 23 years, covering national security after 9/11 as a staff writer for major newspapers.